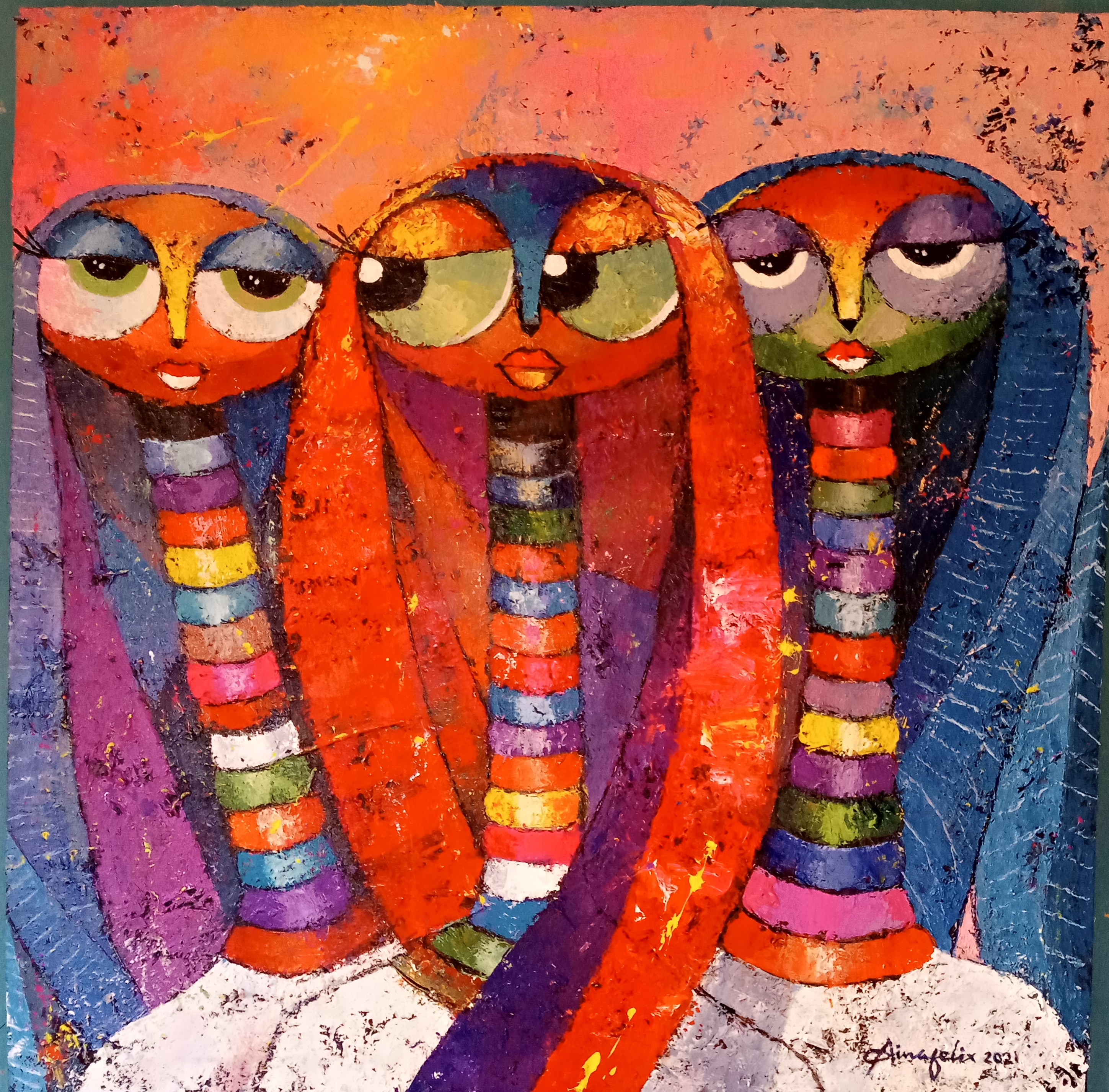 The painting describes the importance of friendship in our society today. If we are true friends with each other in this country, we will see ourselves as one family. Their will be no segregation, hatred and war. So less live as true friends.

AINA FELIX was born on the 19th of July,1979 in surulere Lagos state. He hails from Ekiti state in the western part of Nigeria and had his primary and secondary education in Lagos state from 1982 to 1994. The emergence of the creation inclination in him at a very tender age, hence the urge for creativity was spontaneous. However, after the completion of his secondary education he actualizes his calling of the artistic impulse. He secured admission into the great reputable Auchi Polytechnic in Edo state to formally sharpen his passion for creativity. In the process he underwent tutelage under the supervision of creative minds like Emmanuel Ikoro (painter),Simeon Atekhame(painter),Kenny Okay(also a painter) to mention but few. All the above names are personalities with artistic pedigree. In 2002 he had Ordinary National Diploma(OND) Certified. After a year studio training at De_factory studio in Lagos state. He returned to school for his Higher National Diploma(HND) and graduated in 2005 with an excellent grade. Then came the compulsory demand to serve his fatherland, which he was posted to Federal Government Academy, Suleja Niger State, where he worked as an art teacher. Having completed this program, he added to his credit PGDE IN 2007,Abuja.

Artwork has no ownership history

We want you to love your art! If you are not completely satisfied with your purchase you can return it free within 14 days, no questions asked. Learn more